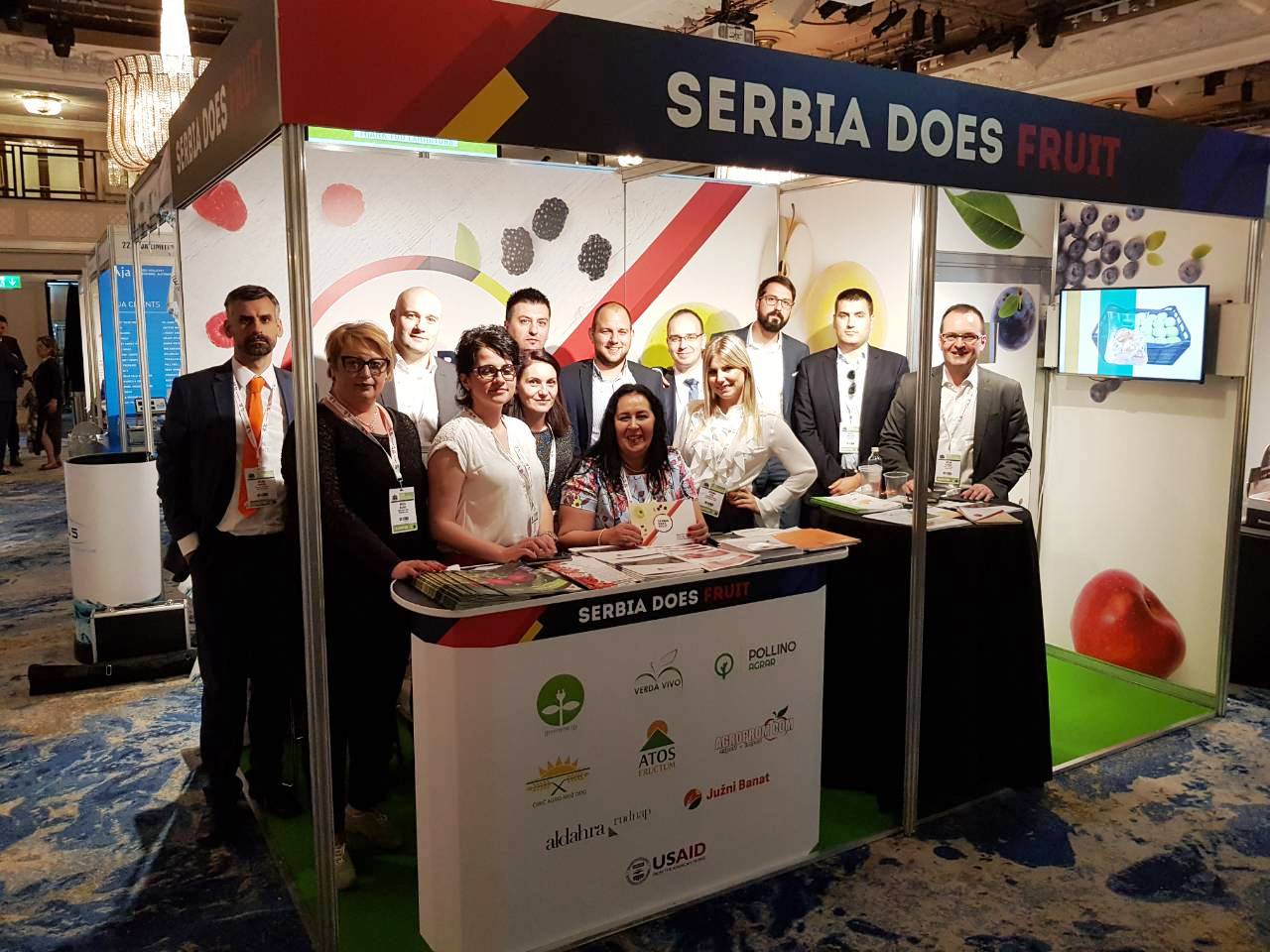 From June 6-8, eight exhibitors from Serbia, mainly apple producers, participated at the London Produce Show and Conference, an international fair for fresh fruit and vegetables under the joint brand “Serbia Does Fruit”. The UK is recognized as one of the most promising markets for Serbian fruit exporters. The participation of Serbian producers was made possible with support from USAID in collaboration with Agrobrand, a specialized marketing agency that helped prepare companies for the fair.
The London Produce Show is a leading business oriented fair for fresh fruit and vegetables in the UK. By helping companies to participate, we helped raise awareness about Serbia’s apple production and its quality. Serbia is among the largest apple producers in South-east Europe, and the companies that exhibited at the fair represent more than one third of Serbia’s total apple production. We believe now is the right time to establish a business relationship with the UK. During the fair, numerous contacts with British buyers were established and new opportunities for cooperation emerged.

More about Serbian companies you can see at: www.serbiadoesfruit.com